View the Considerations for Landmark Designation brochure to find out: 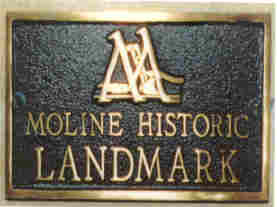 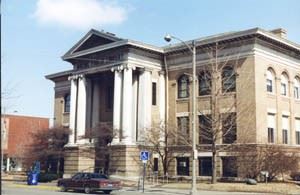 Built in 1903 Architects F.F. Borgolte and William Wells, Moline's Carnegie Library is Neoclassical in style and notable for its full height entry porch supported by four massive ionic columns. The Library was built at a cost of $65,000 (including $10,000 for the site), with $40,000 donated by philanthropist steel magnate Andrew Carnegie. The interior is graced with five fireplaces, a magnificent oak staircase and several original tin ceilings. This property is currently for sale. Moline Landmark, April 1993; Contributing Property, Moline Downtown Commercial Historic District, 2007. 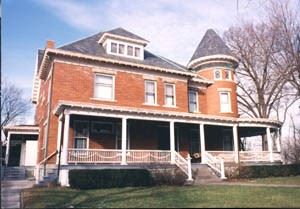 This Queen Anne home was built for William Ball in 1901. After John Deere's death in 1886, Ball resigned his executive position with Deere & Company and went on to other successful endeavors in Moline, including serving as a city councilman and school board member. This Queen Anne home retains its original slate roof, curved glass windows and other exterior decorations. Moline Landmark, October 1994. 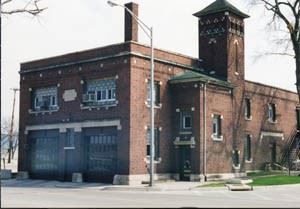 The former #3 Fire Station was built in 1908 and was in continuous use until 1995 when it was sold and put to adaptive reuse as a boat and bike shop. The building is considered to be of the Arts and Crafts style of architecture and was designed by Olaf Z. Cervin, a noted local architect. The first floor originally provided space for two wagon bays, with stalls for five horses. A large hay loft area and sleeping quarters were located on the second floor. The tower on the west side of the building was used for drying the long hoses after each use. When motorized fire trucks replaced horse-drawn carts, the station was modified with the hay loft turned into a fitness room utilized by the firemen and by the neighborhood children. 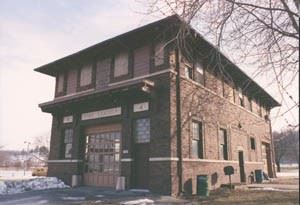 Built in 1910, this brick Prairie Style fire station was built to accommodate horse drawn fire apparatus. The station's hose drying tower was built within the confines of the two-story structure utilizing the basement to accommodate the needed space extension. The station was in continuous use until 1989 when the City opted to move this station's crew to another location. The station has since been utilized by the city's Second Alarmers, an active volunteer Fire Fighters organization. Moline Landmark, February 1996.

Built in 1907, this Neoclassical home epitomizes the success of the Moline Furniture Works of which Mr. Johnson was a major stockholder and director. This company is noted for having made all the U.S. Supreme Court benches as well as the desks for all the Senators and Representatives of the Illinois Assembly. Mr. Johnson designed the home, notable for its full height entry porch, supported by four massive ionic columns. An offset porte-cochere provides access to the home's main entrance. The interior is resplendent with carved woodwork done by craftsmen from the Moline Furniture Works. Moline Landmark, May 1997.

On the former site of the Stillman Wheelock mansion, this Gothic Revival style cathedral was built in 1930 for the Valley of Moline Scottish Rite Masonry organization. Designed by local architect William H. Schulzke, the building's facade is faced with a variegated Bedford limestone with the roof covered with blue-black Bangor slate. The interior includes the Cathedral Hall with decorative art glass windows, reception and banquet rooms, a ballroom and numerous ornate lodge rooms. Information about renting this facility can be found on Scottish Rite Bodies, Valley of Moline website. Moline Landmark, August 1999. 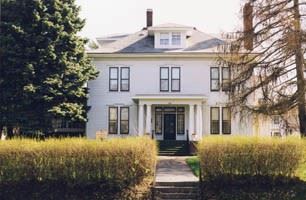 A Colonial Revival home built in 1877 by Edmund Atkinson, Burton Peek, John Deere's nephew, purchased the home in 1902 and remodeled the home in 1910. It remained in the family until 1962 when it was donated to the Rock Island County Historical Society by Mrs. Charles Deere Wiman. Moline Landmark, April 2002.

The Josephson cast iron Seth Thomas eight-day post clock is extremely rare. The clock stands eighteen feet tall and weighs approximately 4,000 pounds. C.I. Josephson purchased the clock in 1912 and erected it on the sidewalk in front of his jewelry store located at 1514 - 5th Avenue, Moline. Due to its size, it was highly visible on the Avenue and became a popular landmark for shoppers when they came downtown. The clock remained on the Avenue until 1984. At this time, Josephson's Jewelry Store relocated across from the city's Shopping Mall and took the clock with them.

In 2002, William Nusser, owner of Josephson's Jewelry, announced that the 121 year old business was closing. Upon hearing this, local preservationists suggested that the clock be brought back to Fifth Avenue to be part of the area's revitalization efforts. Mr. Nusser like the idea and donated the clock to the City of Moline. Volunteers came forward to assist with its restoration and First Midwest Bank offered to cover all necessary cost. In October of 2004, after undergoing extensive restoration, the clock was reset just 25 feet West of its original location on Fifth Avenue. Moline Landmark, October 2004; Contributing Structure, Moline Downtown Commercial Historic District, 2007. 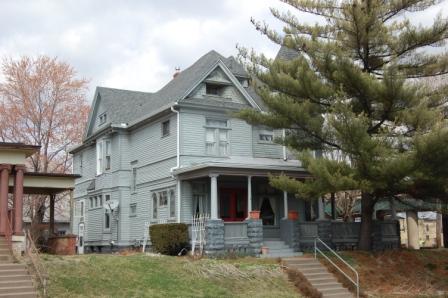 This Queen Anne style was built in 1893. The home retains many of its architectural details such as the three story turret with windows in all three stories and the wraparound porch. Mr. Josephson was instrumental in the development of downtown. Along with operating a successful business (Josephson Jewelers), Mr. Josephson was an advocate for moving the business district from Third Avenue to Fifth Avenue. Moline Landmark, February 9, 2010. 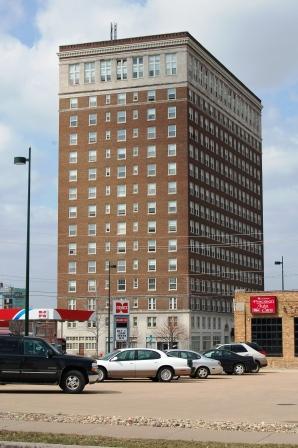 Built in 1922, the LeClaire Hotel was named after Antoine LeClaire, a French settler who deeded a large landholding for what became part of the original plat of Moline. A luxury hotel in close proximity to the railroad depot, its rooms have hosted celebrities and presidents including John F. Kennedy and Ronald Reagan. After ten years without an owner, the Alexander Company undertook extensive renovations in 1995-96, converting the Hotel into apartments. Information about apartment living at the LeClaire can be found on the LeClaire Apartments homepage. Moline Landmark, October 1993; National Register of Historic Places, 1993. 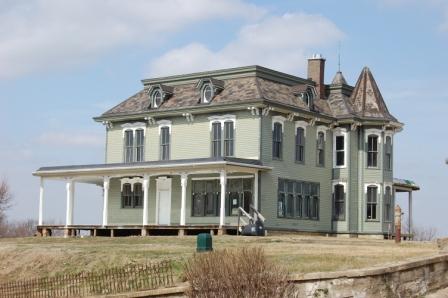 John Deere purchased the small Italianate home of grocer William Dawson in 1875, and after five years of renovations moved into the more fashionable Second Empire home, named Red Cliff by Deere's daughter Alice. Although John Deere died in 1886, the Deere family occupied the home until 1934, from which time it was divided into fourteen apartments and finally abandoned. In 1996 the home and its property were purchased by a private owner with plans to renovate the home and open it as a Bed and Breakfast and public event space. A completion date is uncertain at this time. Moline Landmark, August 2002; National Register of Historic Places, 2003.